EXCLUSIVE. Former French Prime Minister Dominique de Villepin takes a stroll in a centuries-old hutong, or traditional street, by a traditional Chinese portal in Beijing, China, on August 31, 2010. Hutongs are traditional streets sometimes dating back to the foundation on Beijing. This hutong, Guozijian lu, is home to the Imperial College and the Temple of Confucius, dating back to XIVth century. Dominique de Villepin is in China for a 6-day visit. He will inaugurate an engraving of one of his poem both in Chinese and French in a park, and take part in the World Emerging Industries Summit, and the North-East Asia trade Exposition. Exclusive Photo by Lucas Schifres/Pictobank 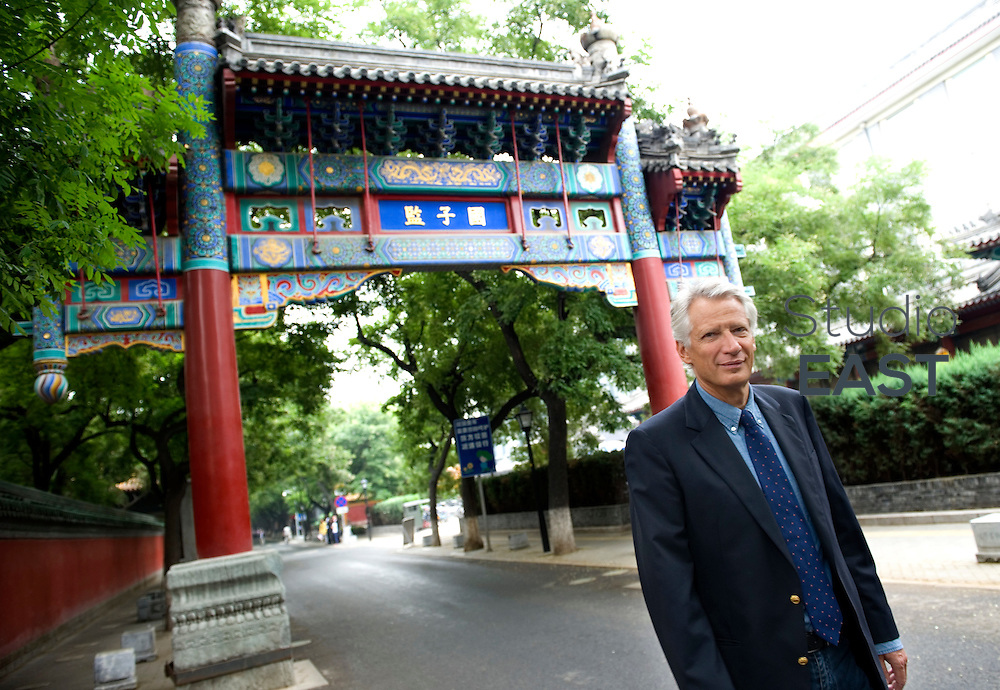