SAINT PETERSBURG, RUSSIA - JUNE 15: The Church of the Savior on Spilled Blood stands on June 15, in Saint Petersburg, Russia. Also called the Church on Spilt Blood and the Cathedral of the Resurrection of Christ, the Church was built on the site where Emperor Alexander II was assassinated and was dedicated in his memory. Saint Petersburg, the second largest city in Russia with 5 million inhabitants, was founded by Tsar Peter the Great on 1703. In 1914 the name of the city was changed to Petrograd, in 1924 to Leningrad, and in 1991, back to Saint Petersburg. (Photo by Lucas Schifres/Getty Images) 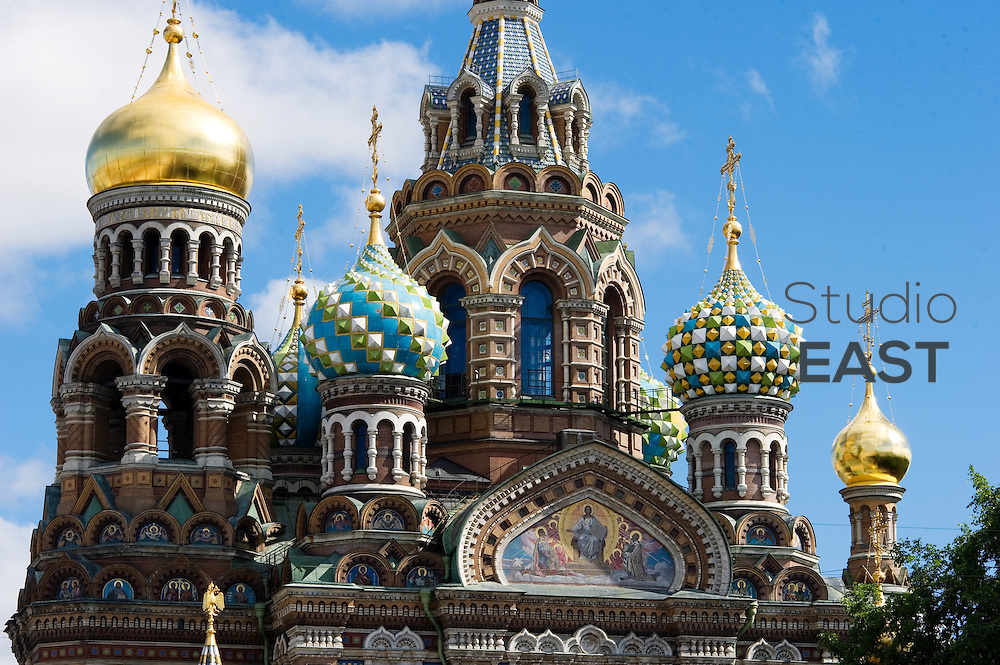