LILLE, FRANCE - NOVEMBER 29: The chamber of Commerce and its belfry is a classical example of the architecture of the North region, on November 29, 2013, in Lille, France. Lille, a city in the North of France, has a population of 200,000. Lille features an array of architectural styles with various amounts of Flemish influence, including the use of brown and red brick. These architectural attributes, many uncommon in France, help make Lille a transition in France to neighboring Belgium, as well as nearby Netherlands and England, where the presence of brick is much more prominent. (Photo by Lucas Schifres/Getty Images) 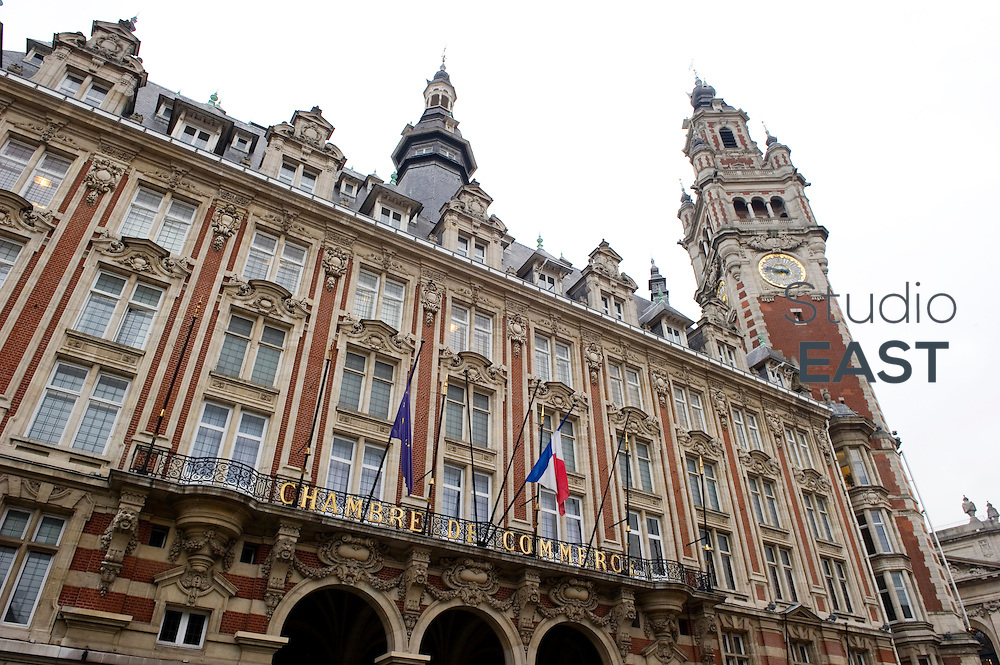