EXCLUSIVE. Former French Prime Minister Dominique de Villepin visits the Lama Temple, in Beijing, China, on August 31, 2010. Formerly an imperial palace, later converted into a Tibetan Buddhist monastery, the Lama Temple, Yonghegong in Chinese, is one of Beijing's most famous monasteries, dating back to 1694. Dominique de Villepin is in China for a 6-day visit. He will inaugurate an engraving of one of his poem both in Chinese and French in a park, and take part in the World Emerging Industries Summit, and the North-East Asia trade Exposition. Exclusive Photo by Lucas Schifres/Pictobank 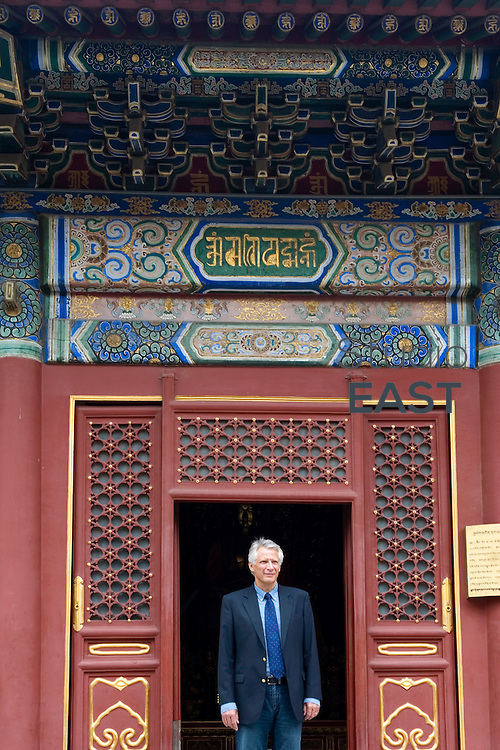