US Private Jones, of the first Battalion of the 501st Infantry, walks past a shepherd with his herd as he secures the area where an Improvised Explosive Device (IED) was reported while on patrol on the outskirts of Sharan, Paktika Province, Afghanistan, on April 28, 2009. The 501st Infantry Regiment is the first Airborne unit in the United States Military. U.S. commanders are planning to cut off the Taliban's main source of money, Afghanistan's multimillion-dollar opium crop, by pouring thousands of troops into the three provinces that bankroll much of the group's operations. Photo by Simon Lim/Pictobank 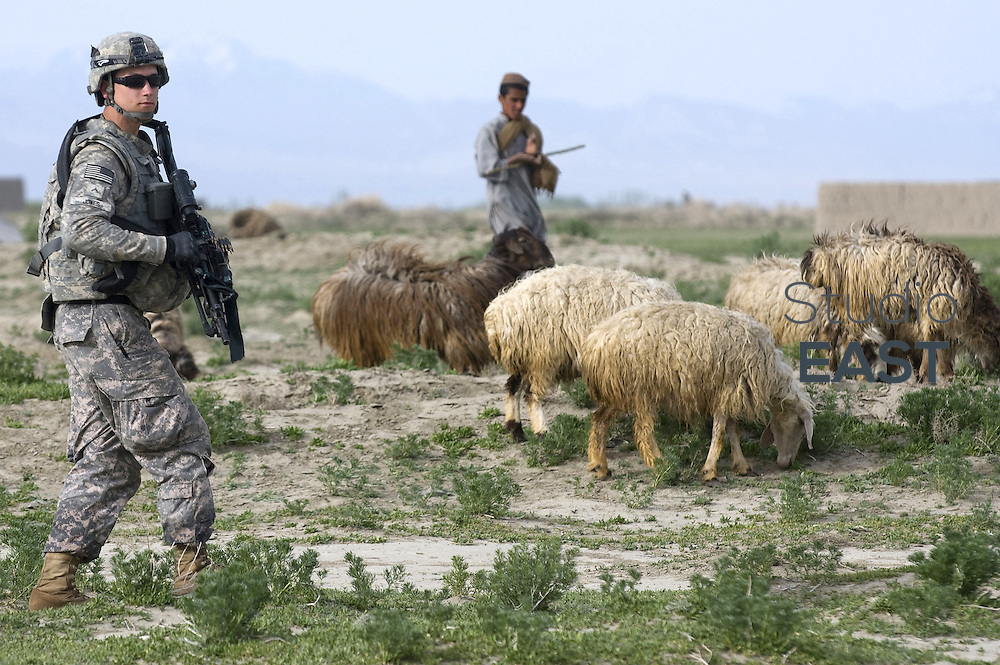