A passer-by tries to prevent Wu Wenyi's photograph to be taken, in Shanghai, China, on February 17, 2009. Hostile passer-bys repeatedly stopped us to take photos of Wu Wenyi, as it would give 'a bad image to China', as foreign journalists are believed to always try to give. This belief is popularized by the official Chinese media. Wu Wenyi came to Shanghai from Quanjiao, Anhui province two months ago to find construction work but failed. During his stay in Shanghai, all his money, 200 RMB (eq. 23 euros) was stolen. Now Wu hangs out in Shanghai trainstation, willing to go back home, but having no money to buy the train ticket. Photo by Lucas Schifres/Pictobank 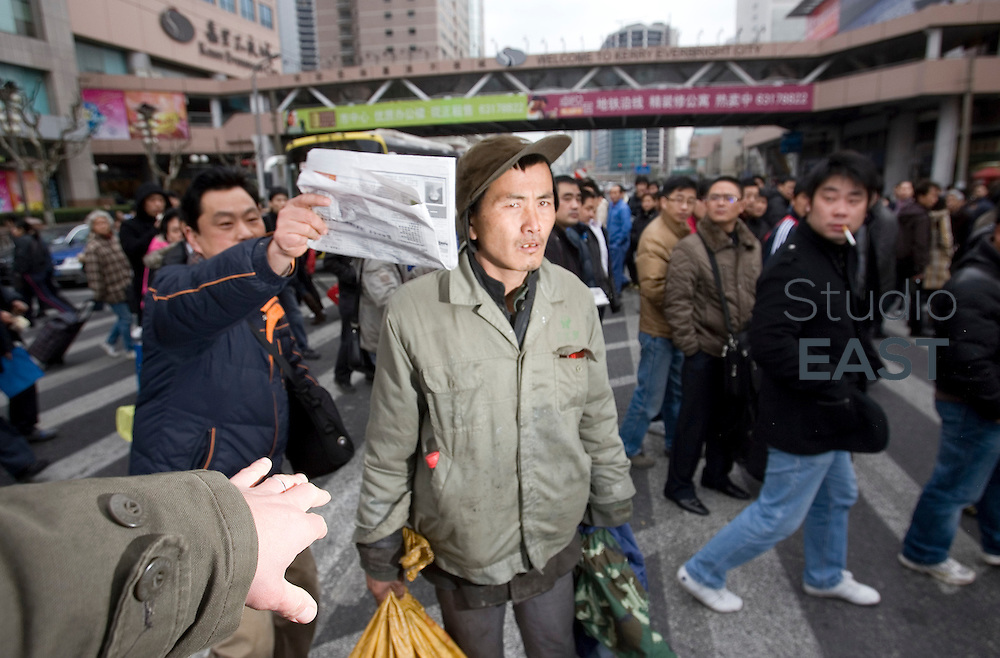