US army defeats Taliban attack in Afghanistan and leaves 9 killed

US Corporal Herman of the 549th Military Police Company, 18th Airborne Corps, display remnants of several Russian rocket propelled grenades used by the Taliban insurgents during an attack in Ahmad Khel, Paktia Province, Afghanistan, on May 9, 2009. More than 30 Taliban insurgents attacked Ahmad Khel Afghan National Police station on May 8. The rifle and rocket propelled grenades attack lasted more than three hours. An American unit, from the 40th Calvary Regiment, 4th Brigade Combat Team, happened to be in the vicinity and decided to help the Afghan National Police. The Talibans were taken by surprise as they did not know that the Americans were nearby. The US army used mortars and an airstrike. Nine Talibans were killed, one captured, three Afghan National Police were wounded, the Americans suffered no casualties. Photo by Simon Lim/Pictobank 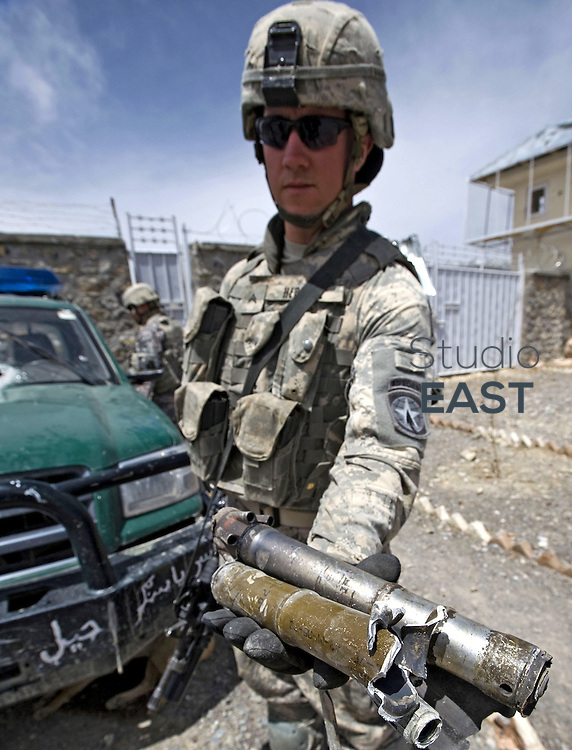