A staff looks at the new Terminal 3 building at Beijing Airport in Beijing, China, on February 29, 2008. The terminal, which opens today, is a centerpiece project for the 2008 Olympics and is designed to relieve the overloaded airport's other two terminals and accommodate expected rapid growth in the number of visitors to Beijing. The huge, airy terminal will have 64 Western and Chinese restaurants, 84 retail shops, and a state-of-the-art-baggage handling system. Six airlines will begin flying into the terminal Friday, while others will switch over in March. Photo by Simon Lim/Pictobank 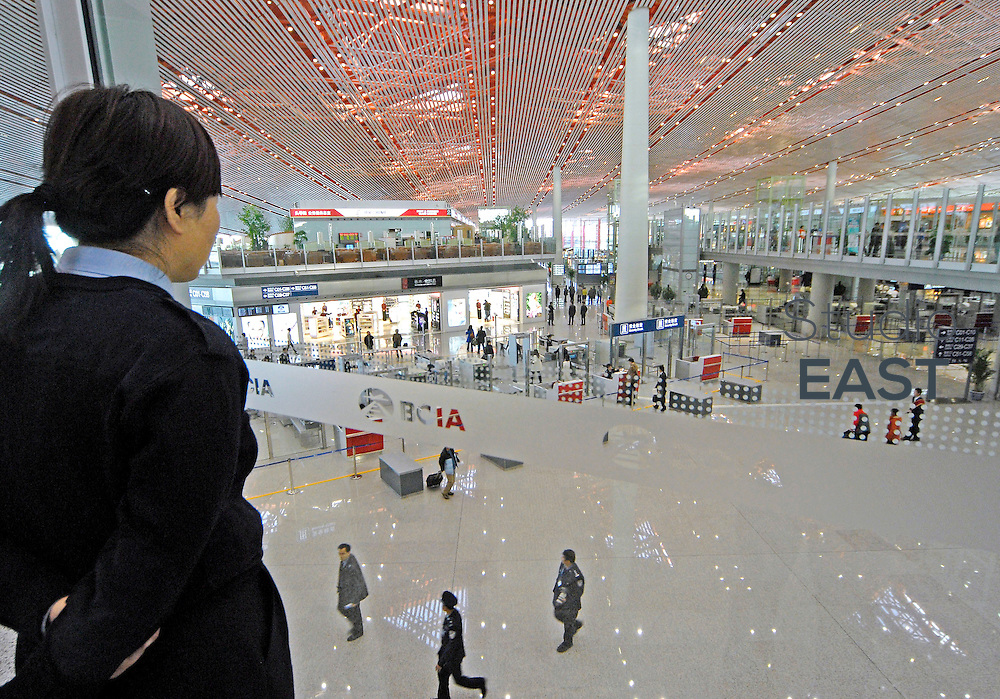