Passengers walk in Shanghai Pudong International airport in Shanghai, China, on January 7, 2009. Shanghai Pudong International Airport in Shanghai is the primary international airport serving Shanghai. It is located in the eastern edge of Pudong district. It houses two terminals and was designed by French architect Paul Andreu. Terminal 1 was opened on October 1, 1999, and its exterior is shaped like waves. The capacity of Terminal 1 is 20 million passengers. Terminal 2, opened at the 26th of March 2008, along with the 3rd runway, gives a capacity of 60 million passengers and 4.2 million tonnes of cargo annually. Terminal 2 is shaped like the 1st terminal but it has more of a seagull shaping, rather than a wave shape and is slightly larger than Terminal 1. Photo by Lucas Schifres/Pictobank 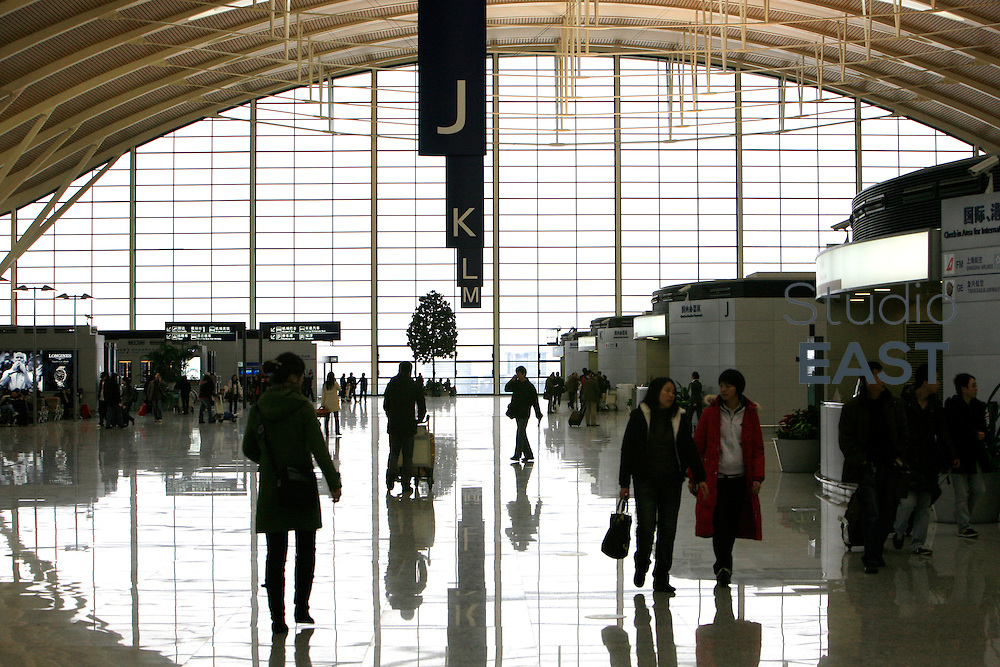