A Carrefour employee displays yogurts on shelves in Carrefour Wuning supermarket in Shanghai, China, on April 17, 2008. Chinese activists are urging shoppers to stay away from French retailer Carrefour, following the Olympic torchs troubled passage through Paris. A message circulating on the Internet and mobile phones accuses the company of backing the Dalai Lama. The move follows widespread anger in China at the pro-Tibet protests that have interrupted the torch relay. Photo by Lucas Schifres/Pictobank 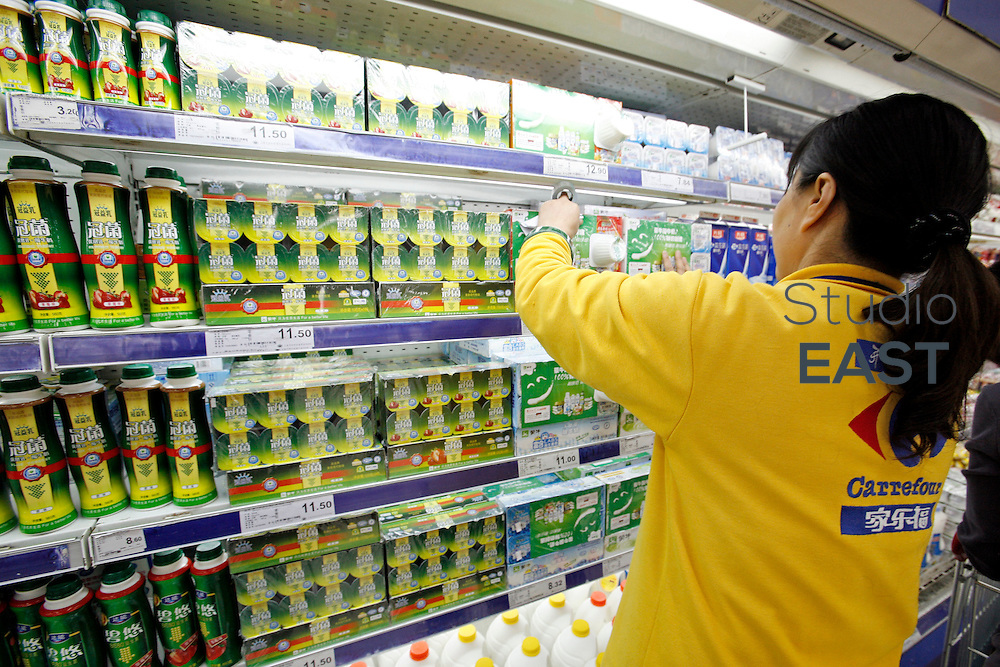